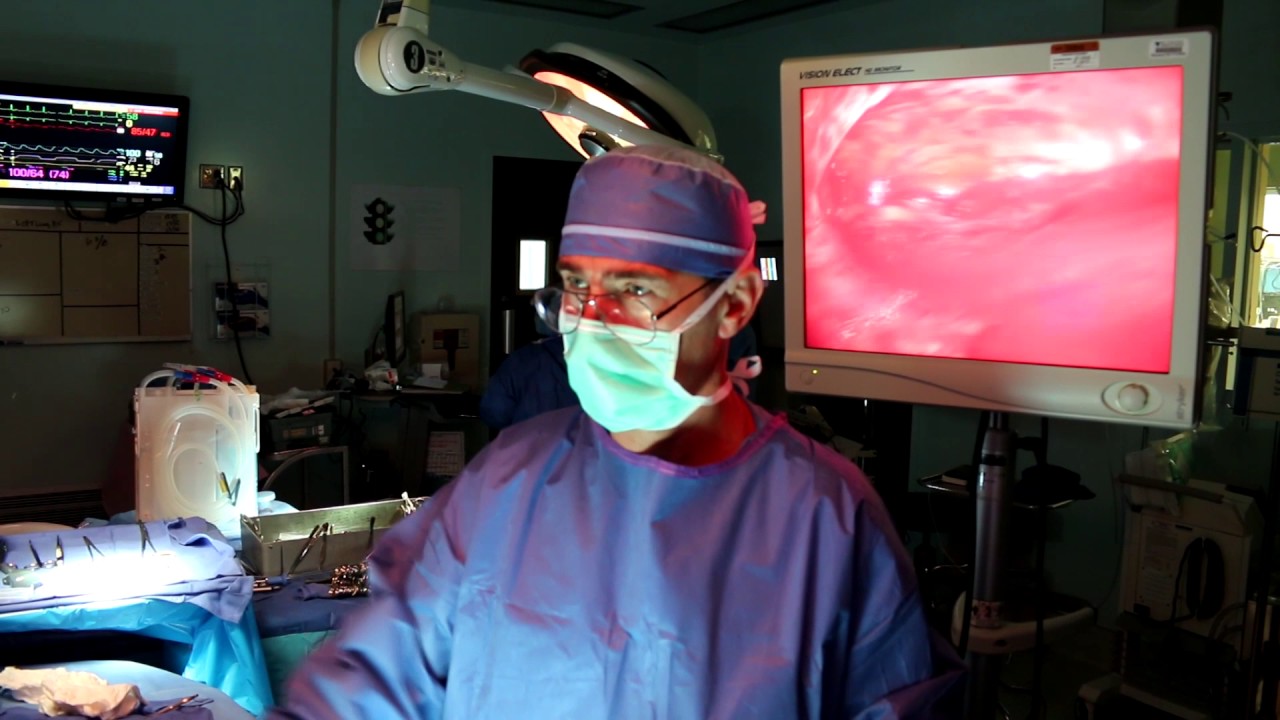 Biopsies are often required when non-invasive diagnostic procedures such as ultrasound tests, X-rays and CT scans cannot provide sufficient details about a patient's condition. During a biopsy, the surgeon collects samples of tissue from an organ or a specific region of the body with the aid of special instruments, which will subsequently be sent to a laboratory for a thorough analysis. A lung biopsy can reveal the presence of malignant cells within the organ's tissue and is an extremely effective and accurate diagnostic procedure.

There are multiple techniques employed for a biopsy, depending on the targeted organ and the type of tissue which needs to be collected. However, video-assisted thoracoscopic lung biopsies are minimally invasive and only entail two small incisions. Dr. Alexander Marmureanu performs hundreds of lung biopsies every year for patients who might suffer from a severe disease such as lung cancer.

In this recent video, Dr. Marmureanu and his medical team perform a video-assisted thoracoscopic lung biopsy on an elderly gentleman who previously had a series of non-invasive tests done - chest X-rays and a CT scan - which indicated the presence of interstitial lung disease, particularly in his left lung. The man complained of persistent shortness of breath occurring over the course of the last 6 months. Consequently, Dr. Marmureanu suggested a biopsy so that the patient would be assigned a proper diagnosis.

The man has received general anesthesia and a breathing tube is attached to his airways. The nurses and anesthesiologists are carefully monitoring his vital signs. Two small incisions are made in the left region of his chest, through one of which a thoracoscope is inserted (a thin tube equipped with a fiber optic camera). Dr. Marmureanu introduces the appropriate medical instrument through the second incision and begins collecting two samples of tissue from the patient's left lung. He is constantly provided with detailed images of the inside of the man's lung on a monitor and the procedure is thus performed with much ease and efficiency.

After the samples are collected, the thoracoscope and other instruments are taken out and the patient's incisions are securely closed with sutures. The results of a lung biopsy are generally ready in 2 or 3 days, as pathologists have to conduct a very careful and complex examination to assess whether the lung tissue is healthy or affected by a disease.

Dr. Marmureanu's articles about this type of procedure: