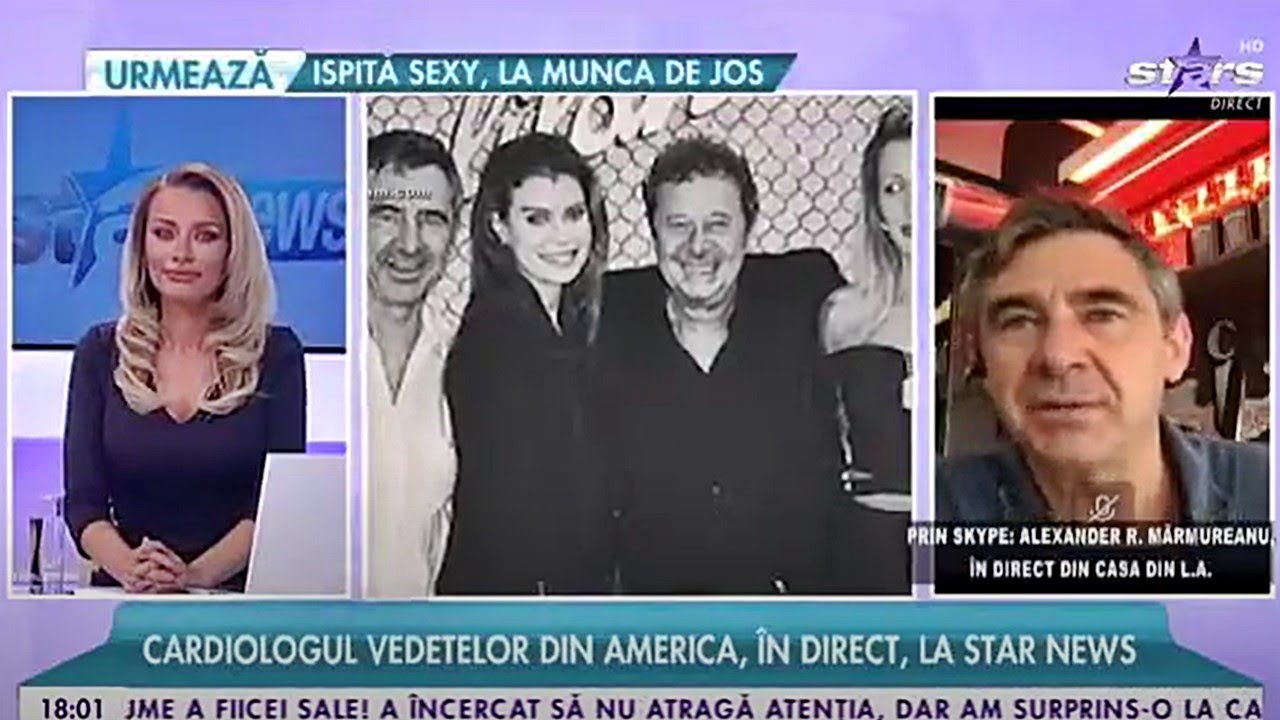 Dr. Alexander R. Marmureanu is a top thoracic and cardiovascular surgeon with a long list of distinctions and honors. Romanian by origins, he made his native country proud ever since University when he was elected Valedictorian. Since then, he moved up on the ladder of success by studying and working hard. Now, he's known among the celebrities of Hollywood, such as Leonardo di Caprio, Bill Gates, Bruce Willis, Jack Nicholson, Denzel Washington, and Tom Hanks.

He's invited at the most exclusive events every year and also hosts his own parties and charity events where models and actors cross his doorway.

In his latest apparition, at Antena Stars, a local Romania TV channel, Dr. Marmureanu discusses his life and career. In Romania, he was a Medical Service Corp in the National Army and studied at the University of Craiova. After he moved to the US, he received the best education at the New York University and Mount Sinai School of Medicine, where he specialized in thoracic and cardiovascular surgery. His Thoracic Surgery Fellowship was completed at UCLA. He also founded the California Heart & Lung Surgery Medical Center. He's been in LA for eighteen years now, performing as a private surgeon and at the University and chief of heart surgery at three hospitals. Many of his patients are well-known celebrities.

Dr. Marmureanu has a well-deserved reputation, and not only in the medical field. His private life is no less interesting. Among his passions, car racing occupies an important role. He participated at Baja rally through the desert and Pikes Peak, the famous race up the hill where the speed and dangerous roads keep his adrenaline high. He received quite a lot of recognition in this field, as well. Also, he won at the Austria Ski Race in 2011 and Riviera Country Club Open Division Tennis Tournament in 2012.

He is humble about his success, always saying that is the result of good education, hard work, good timing and, of course, help from above. Dr. Marmureanu lives what most people would call, "the American Dream", but he remains devoted to his roots and more importantly, to his mission of protecting life as a surgeon, performing over 400 surgical cases per year with outstanding results.