The Life and Career of Dr. Alexander R. Marmureanu 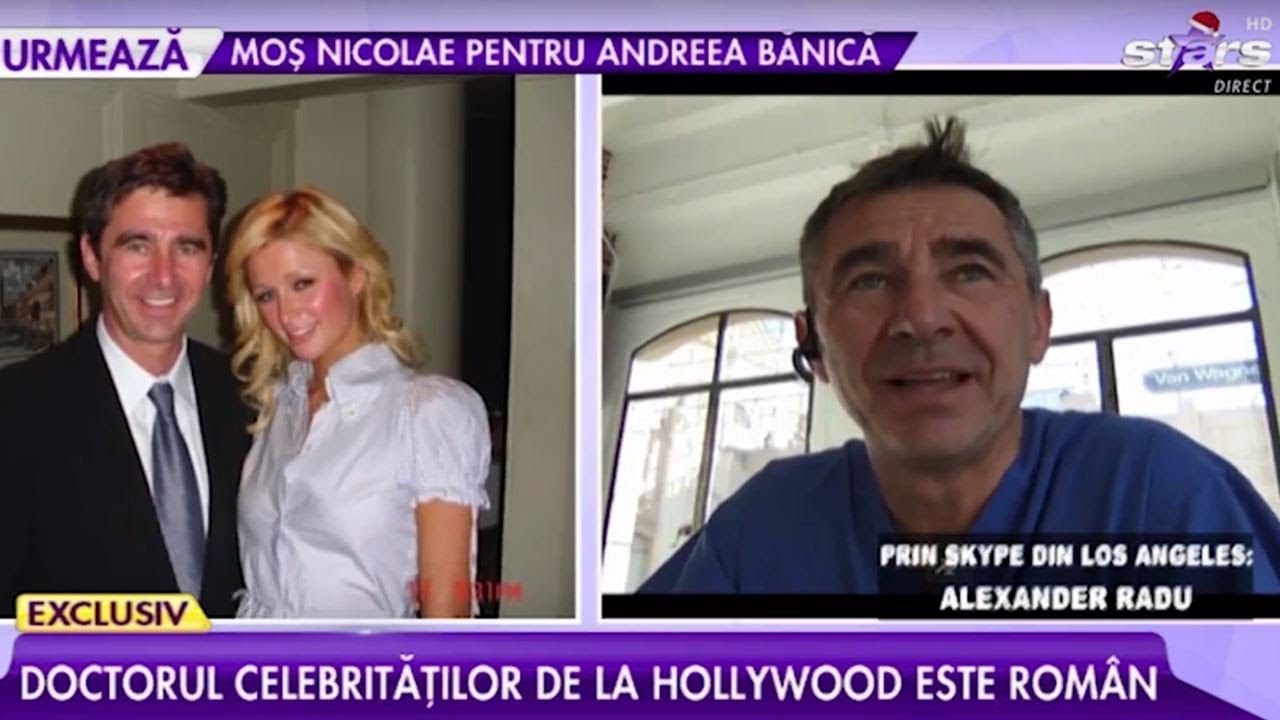 Dr. Alexander Marmureanu is a brilliant cardiothoracic surgeon who worked really hard for his career. He has been recently invited to Antena Stars, a Romanian TV Channel, to talk about how he managed to become the successful surgeon who treats Hollywood celebrities.

Dr. Marmureanu's story began when he decided to leave Romania in 1990 and continue his studies at the New York University, where he specialized in Thoracic & Cardiovascular Surgery. After graduation, he started working at UCLA, where he still practices as a surgeon, and soon enough he became Chief of Cardiothoracic Surgery in a couple of hospitals.

According to Dr. Marmureanu, living in Hollywood makes it almost inevitable to interact with all kinds of famous people, from actors and actresses to singers, and easy to integrate and accommodate to their lifestyle. While he cannot disclose the name of his patients and the operations they underwent, Dr. Marmureanu confesses that he has worked with several celebrities facing cardiac and pulmonary problems.

The charity work that the doctor does has also contributed to him meeting famous people like Leonardo DiCaprio, Steven Spielberg, and Anthony Hopkins. Although he lives in the U.S. for over two decades, Dr. Marmureanu is a proud Romanian and is always happy to revisit his home country. His daughter, who is a football player, has been, in fact, invited to be a part of the Romania women's national football team.

When asked about the secret of his success, he gives an honest and humble answer, saying that hard work, lots of studying and a job well done always make people appreciate you and help you reach the top of your career ladder.

Besides operating on hearts and lungs, Dr. Marmureanu likes to take part in racing competitions in order to keep adrenaline rushing through his body. He has recently represented his home country, Romania, in the Baja 1000 race, which is thought to be the most complicated one in the world.

With an impressive CV and a bright career as a surgeon, Dr. Alexander Marmureanu is a fulfilled man who shares his time between performing life-saving procedures, doing charity work together with famous actors and actresses and participating in challenging rallies.